When European settlers arrived in Canada in the 1500’s, hundreds of culturally distinct groups inhabited what we now know as Canada and they were as diverse as the land itself.

Today, Indigenous communities are embracing tourism as a platform for sharing their traditions, culture, and stories. The increasing number of authentic Indigenous tourism experiences across Canada offers the important opportunity to understand their traditions and hear their stories.

Discover how in today’s society, First Nations people have preserved a unique balance of their traditional culture. Come experience their rich history, whether at a museum, in the untamed Rockies, across the interior, or out on the rugged pacific coastline, to learn the culture and traditions of Indigenous People throughout BC and Alberta.

Interpretive Forest Walk in Whistler, BC

Across British Columbia and Alberta, First Nations operators have joined the Yervana community to share their culture through varied adventures from the rugged peaks in the Rockies to the pacific coastline, here are their adventures.

Learn the shared culture and stories of the Squamish and Lil’wat Nations. Both have coexisted respectfully as neighbors since time immemorial. They have thrived on the bounty of the ocean, the rivers, and the land. Learn the rich ancient traditions, and how these nations continue to grow and evolve in a modern world.

Experience their culture firsthand on an Interpretive Forest Walk, participate in a Holistic Tour & Indigenous Tea Offering, or be welcomed by a traditional drum ceremony on the What We Treasure Tour.

Fish the majestic Bow River with Yervana Local, Quinn! He’ll teach you the traditions of the Plains Cree nation on a walk & wade, half day or full day float tour.

If you’re looking to experience the excitement of fly fishing on a world-renowned river, Quinn is your go-to! Regardless of whether you’re an experienced angler or you’ve never held a fly rod, your guide, Quinn, will ensure that your fishing trip is memorable.

This unique adventure provides the opportunity for you to immerse yourself in learning traditional Indigenous methods of cooking using traditional plants for flavour and medicinal use followed by a traditional archery lesson where you’ll get to practise your stills aiming at foam animal props!

Spend four days learning the basics of recreational trail riding and end the camp feeling more comfortable for mountain riding or longer trail rides. Woven into this adventure, learn about the unique Indigenous perspective and cultural stories throughout the journey.

Great Bears of Bute Adventure in Campbell River, BC

Your Indigenous guide will take you through the Salish Sea and lands of First Peoples into Bute Inlet where you’ll engage in respectful wildlife viewing while discovering the people, land and waters of this truly spectacular part of Canada. Along the way, guides will share knowledge about the bears, salmon, Homalco people and their ties to the land.

Explore the best of marine wildlife and First Nations culture in an immersive, hands-on experience. The journey to Orford Bay in Bute Inlet takes you to the traditional home of the χwe̓malhkwu (Homalco) First Peoples. The water and land of Bute provided the Homalco with transportation, food, shelter, clothing and medicine. Search for Qw̓ənɛs (whales) and uncover the stories of ǰɛnxw (Salmon), the χwe̓malhkwu people and much more. You may even see χawgəs (Grizzly Bear) or Mexaɬ (Black Bear) from a wildlife viewing tower overlooking a picturesque estuary.

Embark on a Whales (Qw̓ənɛs), Wildlife and Culture excursion filled with discovery focused on large marine mammals combined with a fascinating view into the world of local First Nations. Campbell River, BC ranks among the most sought-after destinations for viewing some of the world’s most magnificent marine mammals. Your journey is complimented with a unique Indigenous perspective, Campbell River and the Discovery Islands contain a rich First Nations history with millennia of occupation by the people of Homalco, Klahoose, Tla’amin, K’ómoks, Wei Wai Kum, We Wai Kai and more.

Take part in the authentic and inspiring Indigenous activities throughout the country. From hearing about the Indigenous culture over warm bannock to witnessing traditional dances, and learning traditional hunting and gathering skills, feel the vibrant energy amid ancient forests, coastlines, and the diverse lands across Canada.

Yervana acknowledges and celebrates Indigenous Peoples’ traditional and contemporary ties to their lands, we are grateful to have opportunities for adventures on the lands originally inhabited by Indigenous Peoples. We appreciate the Indigenous tourism providers who have joined the Yervana community and who trust our platform as a place to share their stories, culture, and experience with explorers.

CAMPBELL RIVER, BC
Great Bears of Bute
from $459 per explorer 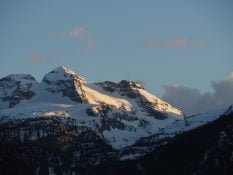 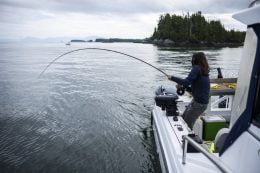 The Benefits of Fishing with a Guide

Ice Climbing 101: Where to Start