Only on the Island

As you stand surrounded by giant old-growth trees, breathing in the salty air, watching the surf roll in and spot a pod of orcas in the distance, it’s hard to imagine a more magical place than Vancouver Island. Though just a short ferry ride from the mainland, it’s home to its own completely unique adventure playground.

Yervana Local Erika Friese grew up on the island – she loves the swimming holes, beach spots, nature, and towns, as well as the sense of the community which makes it feel special. She’s met a lot of travelers who hear ‘Vancouver Island’ and think it’s a small place which, “we don’t mind because we like keeping it to ourselves.” Luckily, we’ve got the inside scoop on eight unique experiences from Victoria to Alert Bay. Read on to learn about the things you can only do on Vancouver Island.

1. Ski and surf on the same day

Frothing for a true adventure? Get ready to tick off a major bucket list item in one of the only places in the world where you can ski and surf in the same day. With a little help from Erika, you can shred some pow on Mount Washington in the morning, then ride the waves in Tofino as the sun goes down.

Erika works at Mount Washington over winter, and, along with a group of friends, came up with the idea to ski and surf in one day. Aside from the beautiful and scenic views as you make your way across the island, Erika says the highlight of the drive is the karaoke system on board – so it’s time to break out that Céline Dion solo you’ve been practicing! You’ll finish your long day of skiing and surfing by watching the sunset on a picturesque Tofino beach, and wonder how it could possibly get better than this.

2. See the iconic goats on the roof in Coombs

A quirky favourite for locals and visitors alike, the town of Coombs plays host to some of Vancouver Island’s most famous figures – the goats that live on the roof of the Old Country Market. Grab an ice cream or a “Bee Sting” (a Danish filled with Bavarian cream and drizzled with caramel) and say hello to Pip, Nibbles and Minyon as they “mow” the grass on the roof.

Known as the hike of a lifetime, the West Coast Trail is a trek that most hikers dream of. This 75km, multi-day strenuous hike will take you through indigenous forests, across white sandy beaches, and up and down around 100 ladders. Though this 5-7 day trek is tough, sunrise coffee with your hiking buddies around the campfire on the beach makes it all worth it.

4. See some of the world’s tallest and most unique trees


If you’re a tree hugger, you’ve come to the right place. Looking for a good hike? Head to the Carmanah Walbran Provincial Park to see some of the world’s tallest spruce trees, in a Sitka spruce ecosystem that represents 2% of BC’s old growth. While you’re in the area, you can also find Canada’s gnarliest tree in the endangered Avatar Grove near Port Renfrew. If you’re after something more accessible, visit Cathedral Grove for a 30-45 minute walk through majestic Douglas Firs. Last but not least, don’t forget to pay Big Lonely Doug a visit. He’s estimated to be between 750 and 1200 years old, and is the second largest Douglas Fir in Canada. Doug stands alone in the centre of a clearing – an iconic symbol for the fight to conserve BC’s old-growth forests.


On the eastern coast of north Vancouver Island sits Telegraph Cove, a picturesque town that’s the perfect starting point for some of the best whale watching in Canada. In summer, book a spot on one of many whale watching boats to see pods of orcas, humpback whales, Dall’s porpoises, harbour seals, and Stellar sea lions. If you’re feeling more adventurous, take a tour by kayak instead to get up close and personal.

6. Eat a Nanaimo bar, in Nanaimo

The city of Nanaimo is understandably proud to be the home of Canada’s famous dessert, and local cafes and bakeries take the confection to a whole new level. Hop on the “Nanaimo bar trail” and sample classic Nanaimo bars from cafes such as Perkins Coffee Company and Serious Coffee Company, Nanaimo bar cupcakes from A Wee Cupcakery, a Nanaimo Bartini at Modern Cafe, and a deep-fried Nanaimo bar from Pirate Chips. Hope you’re hungry!

7. Erika’s Pick: Cruise the Harbour in a Hot Tub Boat


Some things sound too good to be true, but we promise, this one is real. If you’re in Victoria, you can rent a hot tub boat (that’s right, a boat that’s also a hot tub), grab up to five friends, and cruise around the Upper Harbour and Gorge Waterway. Stay warm and toasty for a day on the water. A tip from Erika: book an evening time slot so you can watch the sunset!

See you out there!

COMOX, BC
Bikes & Beers Tour
from $375 per explorer

TOFINO, BC
Hiking and Whale Watching - Nanaimo Package
from $270 per explorer

TOFINO, BC
Private Surf Lessons
from $125 per explorer 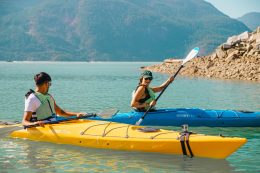 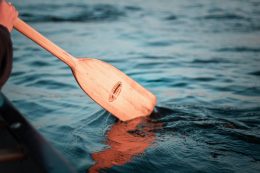 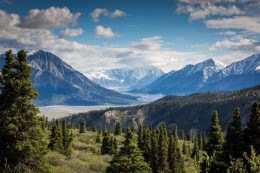 Destination Guide: Summer in the Yukon